Been nice lately down my way down here in the South East of England after a few months of continuous rain, at last the sun is out, and I hope your all having nice weather and keeping well. The Discovery 2 TD5 has been playing up with a voltage drop. Bugger. Being locked down of course it’s not getting driven so much, but when I did need to use it the other day, what a bummer when it wouldn’t start owing to no juice in the batteries. The 2 of them are wired together one in the back (a Yuasa) in a neat little plastic box, and the other one under the bonnet a heavy-duty Exide Halfords special deal. It’s always a horrible job trying to nail down where and what is causing this discharging in batteries. I have started by charging both of them up individually, and only the front one that looks after the starting, lights, winch etc is now connected. I shall leave it a couple of days and then check the voltage, and if its steady or just has a small drop, I will connect the rear one up and see what happens then. Couple months back I had a clunking coming from the back somewhere on VAM but I could not find it. A trip to Danny England’s and he found it double quick. The rear bushes on all 4 shock absorber mounts were shot to bits. After a check up I also had the rear discs and pads changed as well while I was there. About 18 months ago I bought one of those made up harnesses to fit a rear tow socket onto VAM. It was in the workshop leccy drawer and I had forgotten all about it. Just a matter of removing the offside rear lamp set and undoing a plug and clicking the new loom in place, then securing the cable has I run it down to the back where I wanted to put the socket. Then the hard bit creating a hole for the female part of the socket into the heavy-duty steel rear bumper. After fannying about blunting me drills I got fed up so ended up doing it with 4 small cuts with a mini grinder. I know square hole for a round socket. Well it works OK anyway.

The other day I put the Witter carrier on the back of my 4X4 Ford Edge our posh car and popped the Ebike on it to go take a ride in the countryside on a local council approved route out in the sticks. When I got there calamity. Either I forgot or didn’t put the male socket onto the car trailer type electric connector properly, or it fell out. Oh! all right I did forget it. Anyway, whatever it was no longer there as I parked up, and all I had was a mass of scarred jumbled wiring and no plastic socket. I suppose as I drove along it must have shredded itself to bits on the way. So, even more leccy car trouble to sort out.

ITS ALL ABOUT THE BIKES

From birth I was a long dog and always have been very tall. I was always head and shoulders over all the other kids my age, in all the school team photos I was always the skinny one at the back. Because I stuck out, I seemed to get the blame for everything. If the class were misbehaving whilst the teacher was writing on the blackboard, and he suddenly spun round in a temper guess who he would see first stuck out like a dingo in the desert and reach for the cane. Me. I had a second hand blue 3-wheeler solid tyre bike and I looked like a mug riding it, as I was so tall and skinny. One day me mum dispatched me up the shops to get her something, I must have been around 8 or 9 and as I pedalled away up the road some girls started laughing and pointing at me. I must have looked a right mug and that was the end of that. I went home flung it in the shed and refused to ride it anymore. When I was about 12 my Dad came home from work pushing a 2-wheeler with drop handlebars, skinny tyres and mudguards etc. I was not pleased as by now all the chaps round my way were into what they called track bikes. There was an oval track out the back of the local (Oakwood) youth club, and the hounds used to have bike speedway style races with their left foot down as they slid around the bends. Our hero was a local speedway rider Cyril Rogers and we used to hang around his shed on an old farm and live in hope he would start the JAP engine and give it some welly down the track and practice starts. Broom Broom, Broom, he would rev it then drop the clutch and do a start and lift the front wheel. It was magic to us kids, the noise of a rampant straight thru exhaust from a JAP speedway engine and that unforgettable smell of Castrol R.

Pretty soon as the pocket money from me paper round accrued, I got a set of raised handle bars we use to call them cow horn bars, then I junked the mudguards and got a set of aggressive tyres rather like the ones on my mountain bikes. Magic Marys they were not, but I thought me and the bike, now looked the cat’s whiskers, and at last I had a track bike and I was one of the chaps. We found a small wood in an area in Luton in Chatham, and we used to race thru the tracks and go down fast into a steep bank and then fly as we came out the other side. Things changed when I was around 13 and I discovered girls and got my first girlfriend, and the bike was confined to the shed. By now I was even taller and a gangling skinny looking kid, but the girl friend was a cute little doll. I captured the girl friend as I had a guitar by now and the skiffle craze and rock & roll was rearing its head. Me Sylvia was a big fan of Buddy Holly and me being tall, skinny and wearing glasses, she never had a chance when I sang Peggy Sue for her with the group round the local church youth club one evening.

When I was 15 and left school and Sylvia behind and I snagged an apprenticeship as a gas fitter with SEGAS the local nationalised supplier of all things gaseous back then. I walked from home to report at the local gas works on my first day about 2 miles, where the fitters handed completed work in and got jobs for the day. The foreman asked me “where is your bike son?” and I told him it was “at home in the shed with flat tyres, and it had been like that for a few years. When the man had come to our house and my Dad signed the indenture papers etc he never mentioned anything about me having a bike”. After the foreman had a word and I looked around I soon realised that all gas fitters and their apprentices back then got around the town to do their work from house to house on push bikes. The only gas company vans back then were the foreman’s. I was sent home and told “get a bike or don’t come back”. I explained to my Dad but he wouldn’t have it he said they should provide bikes. Always was a union man me Dad. So, I just said “you will have to sort it out then as If I don’t have one, they don’t want me back”. Reluctantly he parted with some cash and there was a lot of bikes about back then, and there was a wee bike shop in Rochester in an old railway arch and he used to stay open in the evening and did a roaring trade , with people that had to get to work the next day, just like me.

From now on for the next 4 years come rain, shine, or snow, I’m up at 6am and I rode to work at Rochester gas works for 7am to meet up with whatever fitter they want me to work with on that day. The hours were 7am to 5pm plus overtime, and 8am until 12.30 on Saturdays. After going out Saturday night I was wrecked on a Sunday, so I used to sleep all day until about 4PM and get me dinner. Riding around Chatham up and down the many hills there, by now I am forever starving hungry. I am eating everything I can get my hands on at last starting to fill out a bit and to put weight on. It really was hard work because as I am the apprentice, I must lug all the stuff we need to get to the jobs. It was nothing back then for me to leave the works with a couple of 10-foot (all right 3mts all you young ones) lengths of iron gas barrel tied in thin old woolly string provided, with the tool bag in between my legs also on the cross-bar riding bow legged. A sack of iron fittings might be on my back and a gas meter and some lead pipe, if we were changing a faulty one ,on the bike carrier behind me. No cable ties back then or bungee straps, just these crappy old bits of string they would give us in the stores as we left. No health and safety back then either, today the H&S person would have a fit. Of course, one day the inevitable happened after we had changed a gas meter that was faulty. Back then they were mostly coin meters, coppers pennies half-crowns etc to get your gas and they weighed a ton. One day I am following the fitter along Chatham High Street with an old gas meter digging in my back, and right in the middle of the town crossroads we get a red traffic light and must stop suddenly. The full meter hit the deck as the string broke and money came out all over the road. I am scrabbling about on all fours now trying to find it all and pick it all up and the light is green, and the traffic wants to go ahead. I gather what I can and get meself on the kerb with the bike on its side and I’m doing my best to re-tie the coin meter with bits of broken string and shove the coins in me pockets. Upshot was I got a bollocking and a warning, because when the meter was read back in the meter shop the money I handed in, didn’t cover the cost of gas the consumer had used. From when I was very young, I always wanted a motor bike but noticed that a lot of girls wouldn’t ride on them as they got chain grease all over their nylons. I’m no fool so I got a brand new 175 Lambretta scooter and I’m a Mod, and now I couldn’t carry lengths of gas pipe, the foreman had to deliver it, but the tool bag was now on the running board under my boot. Happy Days and the bike was back in the shed where it stayed, and my cycling days were over. Until 2005 that is, when I got my first of 5 mountain bikes I have owned, up to number 6 my Haibike 5 SDuro All Mountain Ebike I have now, and I just love riding it. 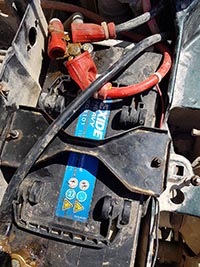 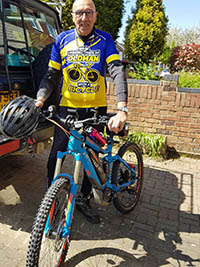 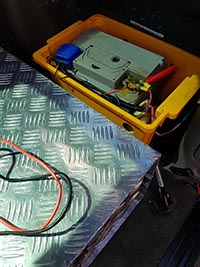 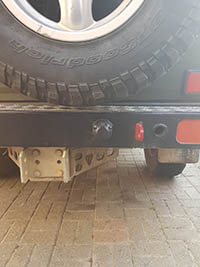