Some months back Mark Gillett one of my marshals was driving along when he was flagged down by a pretty young lady who asked him if he was anything to do with Land Rover magazines as she had noticed the Off-Road Management stickers on his Land Rover. Teri explained that she was going to be married soon, and that after the wedding her and her new husband Darryl were planning to trash their wedding clothes off-roading in their Land Rover at a suitable site, and as they were Land Rover magazine readers would it be possible to have their pictures in a magazine? Mark gave Teri and Darryl my details and Teri contacted me, and eventually I got the photos which were done by their wedding photographer. The yellow truck is Darryl and Teri's and it took centre stage on the day as they got married in Walsall, and their Land Rover was also part of their wedding cake. Two weeks later they left their home in Brownhills in the Midlands and had a day out at the Bala 4X4 site in Wales with their family and friends, and they both got their wedding clothes well and truly caked in crud. Teri told me “my mother in law took the dress home and put it through a wash and surprisingly it came out all right Charlie, and it will probably be put away safely in the loft. We had a real good laugh at Bala and my father in law in his Disco, made sure we both got covered in mud when he put a big wave over us both. Darryl has recently left his job at British Gas and he has gone out on his own now as a qualified gas fitter, so we haven’t been able to do much off-roading lately leading up to the wedding”. Hopefully Darryl and Teri will now be able to get out and do a lot more off-roading soon, but like a lot of newly weds the next thing on their list is to save like mad to buy a new house together.

I asked Darryl about his truck and he told me “ I bought it off a mate and we used it for pay and play days. The engine is a 300 tdi from a Discovery running through a LT77 gearbox. The donor chassis is from a 90 Defender and its got ARB air lockers in the front and rear axles, and the tyres are 37 inch ones. There are two Warn 8274 winches and I use wire rope Charlie as I don’t much care for plasma rope. I have seen too many of them break especially when I have been to these extreme challenges. When you are going down a steep slope and using the back winch to let yourself down slowly, if the rope was to break you could be in big trouble”.

It's a bit old hat now at weddings to see the bride and groom smashing cream cake in one another’s faces and getting some of it onto their clothes. You only have to watch Harry Hill on TV Burp and it's featured almost on a weekly basis. So I wonder if this will start a new trend amongst our Land Rover owning readers, and whether any more of them will be tempted to trash their wedding clothes on a day after their wedding off-roading?

THE OFFICIAL WEDDING PHOTOGRAPHER WALSALL PHOTOGRAPHY who can be contacted on 01922862208 or via email at walsallphotography.co.uk 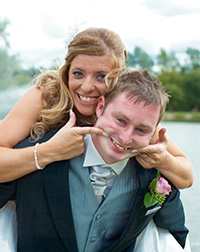 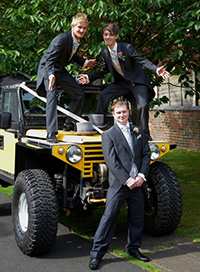 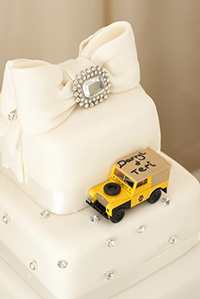 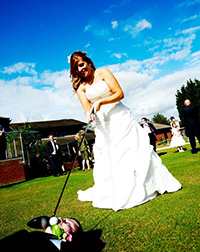 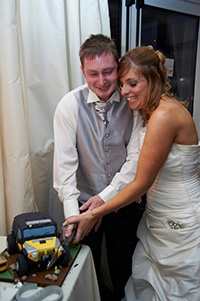