Well, I'm still out riding varying distances and several routes now, from a swift pound round the block, to an all out 25 miles one day when I felt I had enough puff in me to do it. But when I got home from that one I had to have me shower and a lie down afterwards a bit swift, as I was a bit woozy. Funny though I didn’t ache later as much as I thought I might. I suppose its because I have been building up the miles slowly, and I took the advice of Mark Cavendish I saw in an interview recently. He said its better to ride a bit every day and not to think your keeping fit by doing a long ride every now and then. So today before breakfast, even though I had a lot to do, I shot round the houses just enough to get the old heart racing and a bit of a sweat on.

I was gutted when I switched our TV on a while back to find that The Bike Channel had been dropped. I learnt a lot from it and the films of the tours and tracks was great. I also found films there of Danny McCaskill doing his trick street riding, and the downhill championships films were mega. Also seeing some of the old guys like Rob Warner still riding the trails and stunning pictures of the sadly late great Jason McRory. It was those early films of guys like these that turned riders onto getting into mountain biking. Martyn Ashton was another hero doing his street riding stunts until he had an off and came down and landed on the back of his neck. It broke his back and he is now paralyzed. Search out the films of Martyn still riding downhill on a one off bike made especially for him. Still a legend with thousands of You Tube hits. Check him and Danny McCaskill out.

On this Bike Channel I saw this program about how mountain biking first came to the UK. Those early bikes came from the USA the Marins etc and then these 2 guys Drew Lawson and Ari Hadjipetrou in the mid Eighties set up Muddy Fox in Essex and it took off big time. What a fantastic name for a mountain bike. They took some of their bikes to a show and sold 30,000 of them in 3 days. Sadly through no fault of their own they lost the company but the name and Muddy Fox bikes and riding gear are still available. There was a time back in the day especially in London where you would see hundreds of Muddy Fox Couriers bikes and couriers riding them. I think Londoners realised they couldn’t get around anywhere easily anymore because of all the traffic and in the late eighties lots of bicycles were being ridden around town. Eventually the first suspension showed up, and it was a flex stem, which enabled the handlebars to flex downwards if you hit a bump. Then it was only a matter of time before front fork suspension was available but a lot of riders thought some of those first early efforts were worse then useless. But look where we have got to now? Some of these new bikes are awesome whether track, road, mountain or trick bikes. 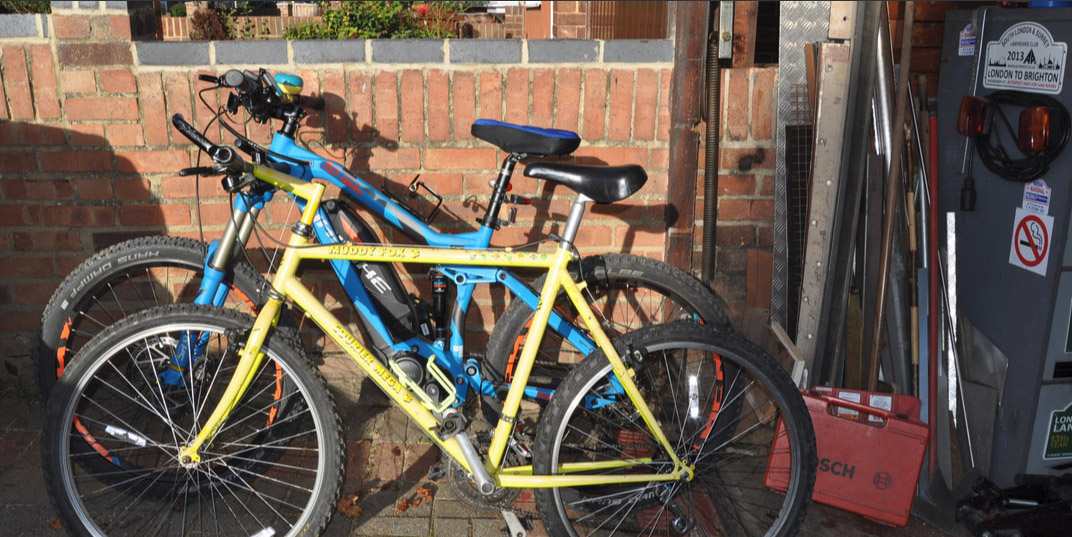 I had a fancy to get a project bike and I snagged on Ebay one of those old Muddy Fox Courier Mega versions. Original paint and all those hippy transfers and the fox paw prints, and of course a bit bashed up. Although nowadays we call it patena not rust, its not too bad. My Grandson Isaac sorted the gears and the brakes out for me, and its not the same as my Haibike but nevertheless its a joy to ride about on. I would love to get Isaac to strip it down and paint the frame. But where on earth would I get all those neat little transfers, and that iconic fox paw print. Nah not an option. I will do the best I can touching the paintwork up and then clearcoat it maybe. 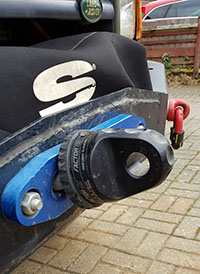 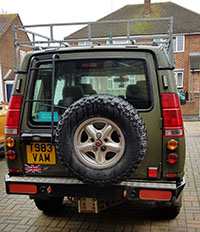